Lin Jing Jing has been invited to participate in a major public exhibition of contemporary Chinese art that will be presented in Halifax, Canada

It will take place at Saint Mary’s University Art Gallery, one of the primary public art museums in Halifax. she will be presenting a complex installation art project, as well as participate in public lectures that will take place in conjunction with the exhibition.

My Promise for Your Happiness @ Sotheby's

In the picture - A woman views My Promise for Your Happiness No3, a mixed-media work on canvas to be auctioned on Thursday by Sotheby’s. The picture by Lin Jing jing, now on display at Sotheby’s Hong Kong Gallery

Lin Jingjing’s 2011 work “Public Memory 1″ is an impressive panel of 88 photographs, each one measuring 46 by 38 centimeters (18 by 14 3/8 inches).  The photos themselves resemble black and white prints of familiar moments throughout one’s life, from current events to film stills, with various solid colors poured in to wash out the whitespace.  From afar, the piece serves as a collective, somewhat blurred compilation of famous memories stored in one’s head, shaken out onto a large canvas for visual consumption.

A closer look, however, reveals a modern-day Impressionist twist, as select portions of photographic subjects are actually neatly stitched through with thread, obscured by tiny dashes forming horizontal lines.  They represent the idea of how the public recalls, visualizes and even distorts memories over time, and that those fleeting events eventually succumb to color blindness and loss of detail.  Internet immortality aside, there is a bit of a chilling realization when one deduces that this inability to remember 100 percent of publicly-known events could also figure into private personal experiences as time passes.

Lin followed up this work with “Public Memory 2,” which completely strips out the photographs and leaves only the threads.

My Promise for Your Happiness

The Possible of Impossible

Half the Sky:Women in the new of China

The Method of Paradox 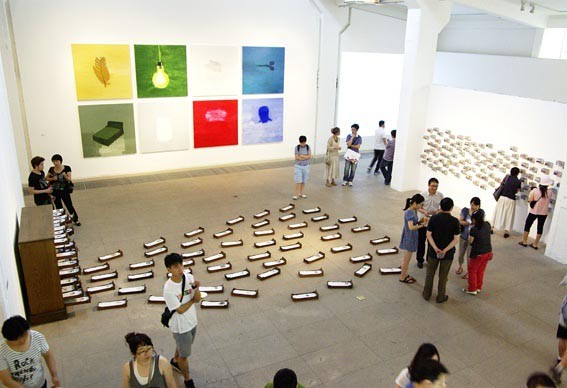 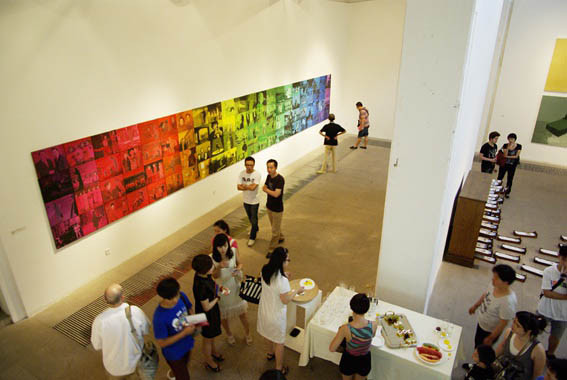 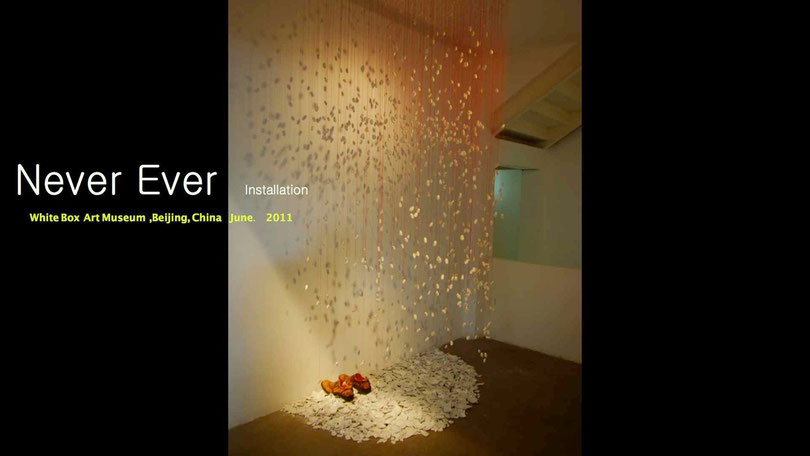 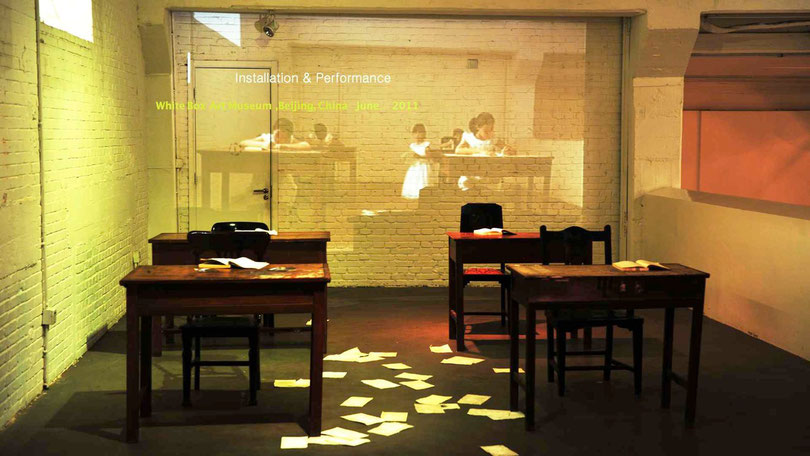 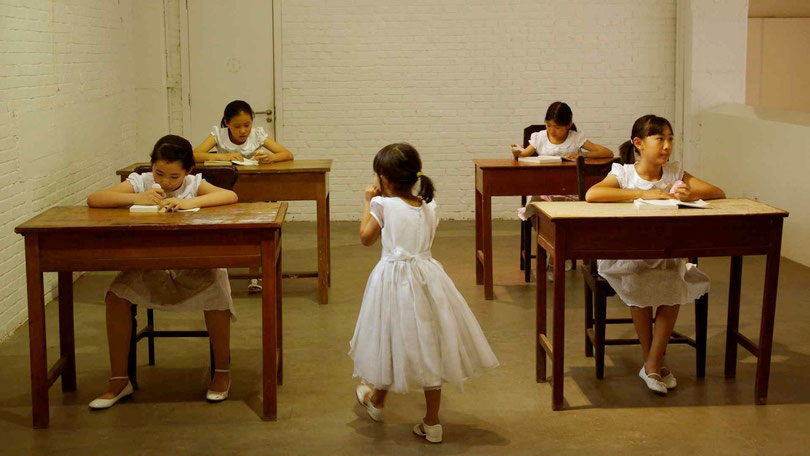 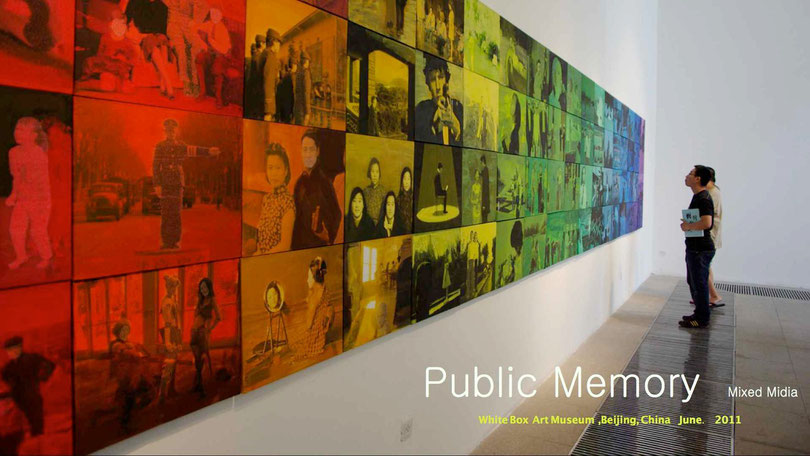 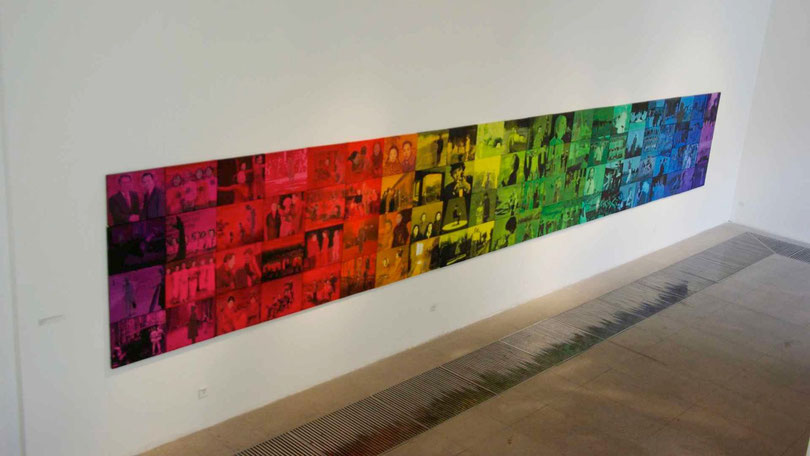 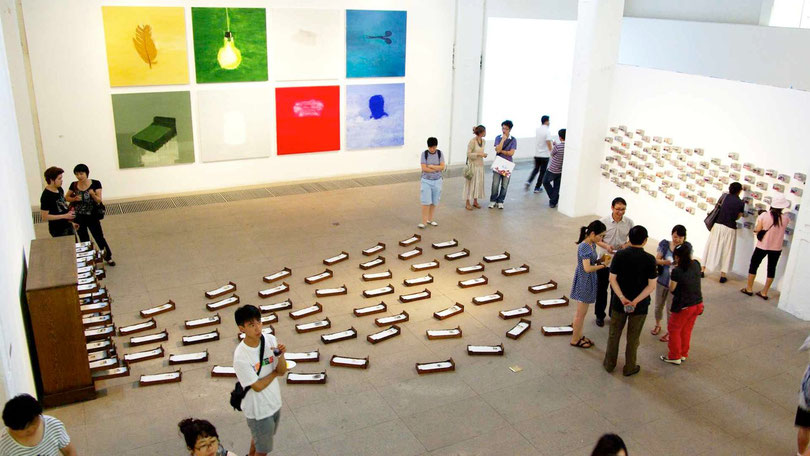 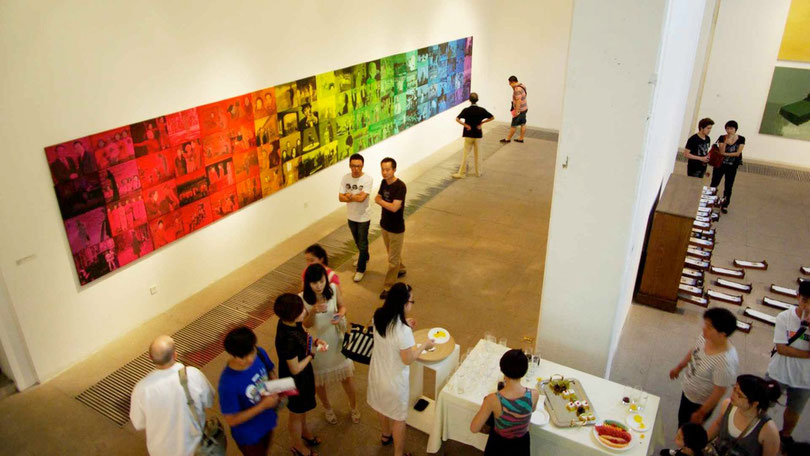 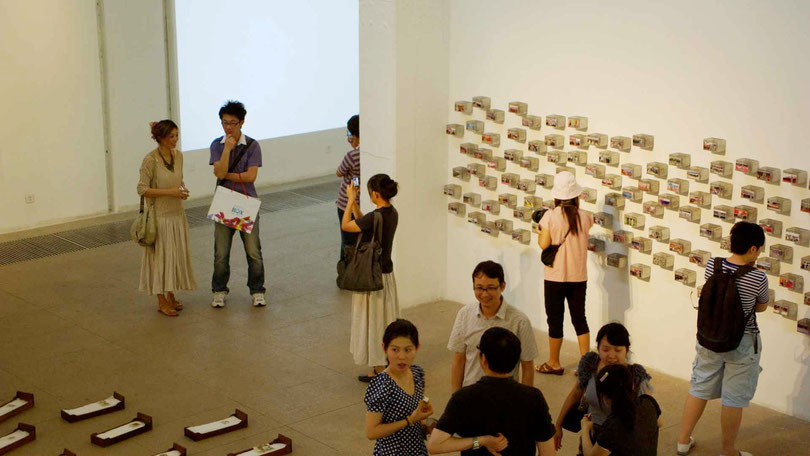 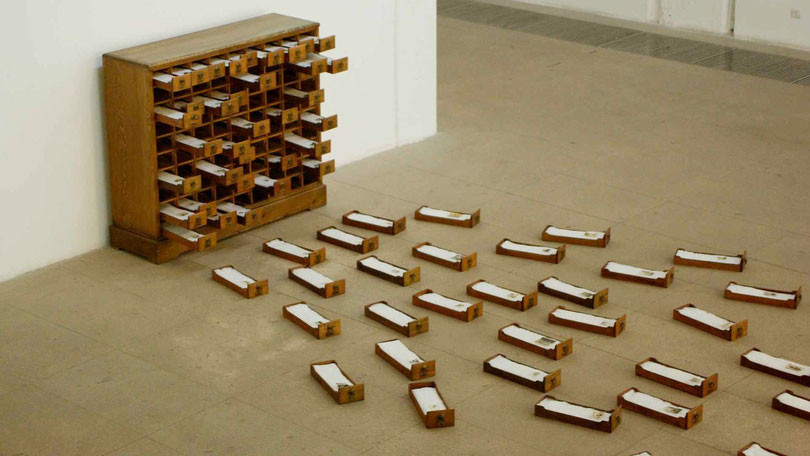 I Want to Fly

I Want to be with You Forever

Journey to the West

One to One:Visions-recent Photographs from China